The Bandhas – The three most commonly discussed bandhas are:

Jalandhara Bandha – pit of the throat

The Bandhas form an integral part of Hatha yoga and even though they are a part of the subtle anatomy, can be accessed through the physical body.

Bandhas are often described as locks that harness and compress energy to drive it through Shushumna nadi. The effect is to pierce blocks in the subtle anatomy for the safe ascension of Kundalini.

Another way of thinking of The Bandhas is as a key that unlocks blockages in the subtle body for the realisation of potential and personal liberation.

Hatha yoga prescribes Mulha Bandha to undo the knots or “Granthis” which are difficult to untie and hold us to predetermined patterns such as fear, domination and piousness.

Muhla bandha is a physical practice of contracting the centre of the perineum which enables a connection with the subtle anatomy of the Bandhas.  Practicing Mulha Bandha is a fundamental part of the Hatha yoga system which strengthens the pelvic floor and including the more subtle elements of Prana.

Prana is subdivided into five major and five minor Vayus or winds, and of those five major winds the two most relevant to a Hatha yoga student are Prana and Apana. Prana can be thought of as an upward force and Apana a downward force. Apana operates in the lower abdomen and is responsible for elimination and is a necessary function. If Apana is not balanced with the opposing force of Prana, it can lead to lethargy and heaviness. The practice of Muhla bandha is a method to turn Apana upwards for energy and lightness.

Uddianya bandha is in the navel region and is a powerful tool to tone the abdominal muscles, particularly the deepest core muscles the Transverse abdominus Which act a girdle and a stabiliser.

Hatha yoga prescribes the bandhas as one of the tools to cleanse and purify the subtle body for the safe accession of Kundalini along Shushumna Nadi. This article is only discussing the three most recognised bandhas, although there are many more. Bandhas such as Janu and Mani when employed during an asana practice, will support joints give lightness to a practice. 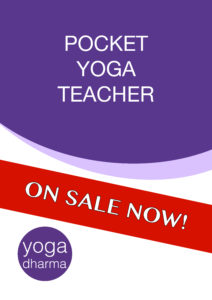